Simon was born in 1946 in Guangdong, China. In 1953, he moved to Hong Kong, where he received his early artistic training from prominent Chinese artists in traditional Chinese painting and Chinese Calligraphy. For Chinese painting, he was under the tutelage of Prof. Chao Shao-An, Mr. Lui Shou-Kwan, Mr. Chow Yet-Fund. For Chinese Calligraphy, he studied under Mr. Au Kin-Kung.

Simon was a founding member and past president of the Meeting Point Artists Association. He was an instructor of Chinese Painting and Oriental Art techniques at the Continuing Education programs at the University of Calgary and Alberta College Art and Design. He is also a member of the Alberta Society of Artists (ASA) since 1990.

Simon takes inspiration from Nature, music and the philosophies of East and West. He enjoys taking his inspirations and merging them to form new ways of expressing himself through art. He values the multiculturalism of Canada and is proud to call himself a Canadian with a Chinese Heritage.

Simon has had over 40 exhibitions which including juried, group and solo shows across Canada and internationally.

I have a Chinese Heritage. My roots are set in the traditional styles and philosophies of Chinese art. When I moved to Canada, I was introduced to Western philosophies and studied Western Art. My work has evolved over time to reflect and incorporate these influences. It is an East meets West with artistic techniques, styles and philosophies. So, is my work Chinese? Is my work Western? Traditional? Modern? What is it? In the end, it is me.

Over the past 30 years, my work has been a melting pot of culture and art. It is continuously evolving, interpreting and integrating elements. I use traditional Chinese brushes to dance with Chinese ink on rice paper, using strokes based in Calligraphy. This is my foundation. I then continue by using Western techniques, like Jackson Pollock’s action painting. I often draw from Music and Nature as inspiration. Nature is truly special. It is not man made, but it influences how Cultures develop. And by the incorporation of all these experiences, I strive to express my identity, in a way that is unique to me. 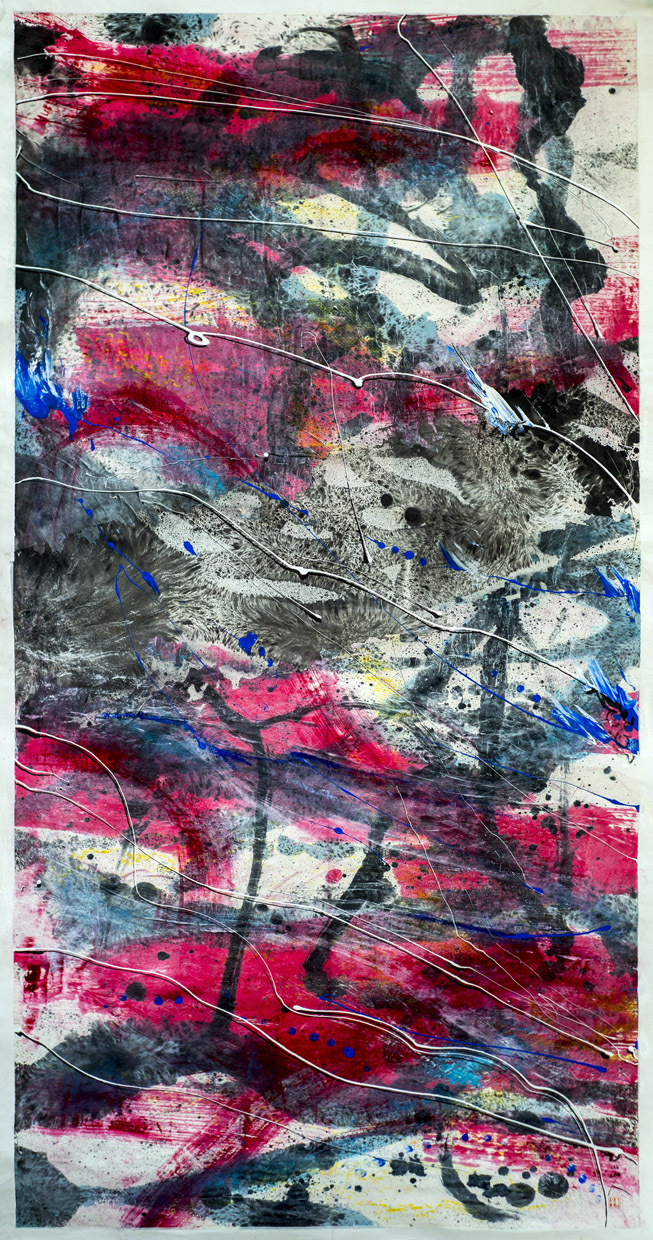