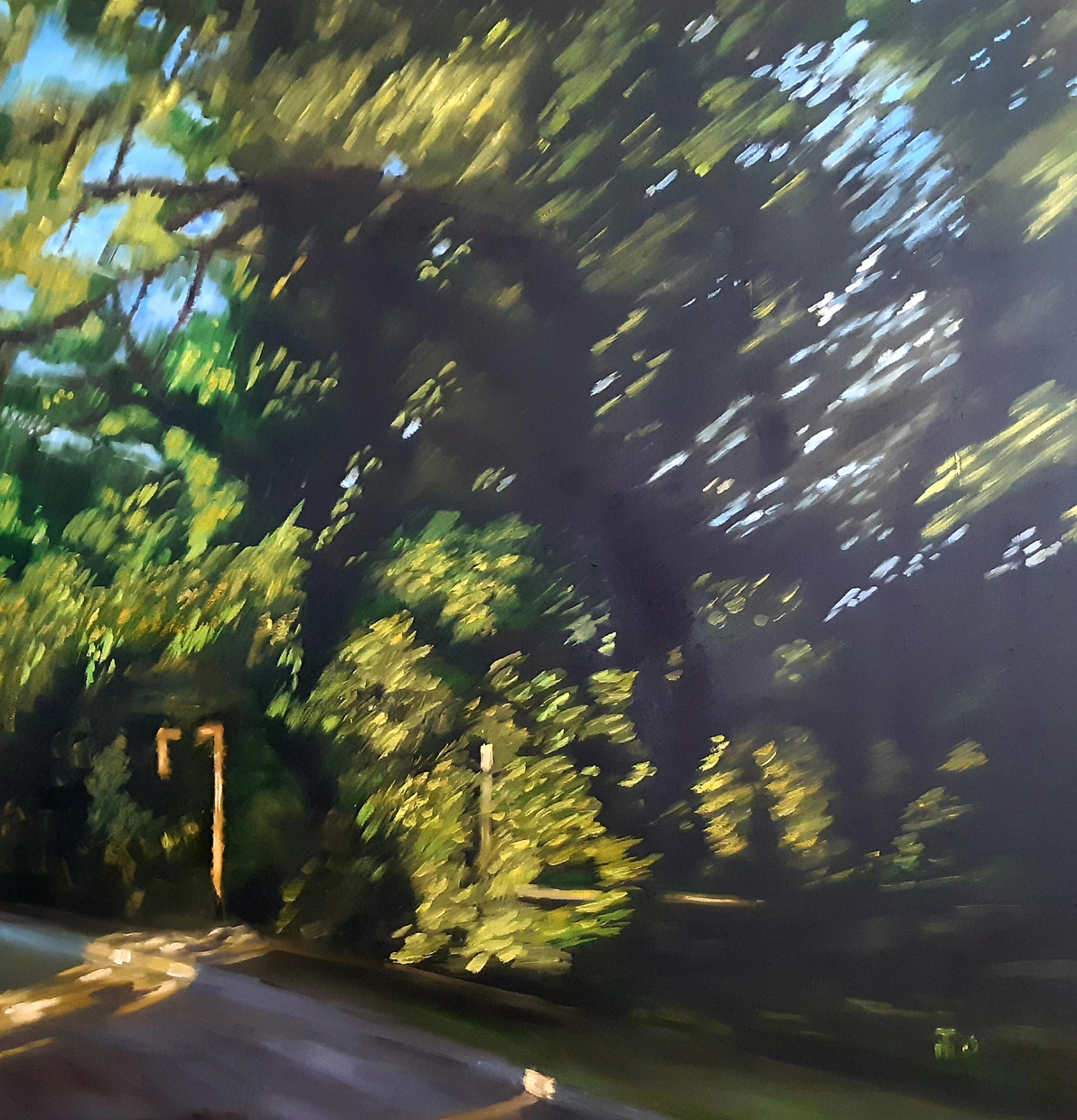 My passion for art has been a part of me ever since I can remember. I was drawing and painting at a young age and started art classes at the Montreal Museum of Fine Art when I was 14. My earliest influences were the abstract expressionists and the automatistes, whose work I frequently saw in Montreal. Others included Andre Derain; the Group of Seven, Molinari, Riopelle as well as Alfred Pellan.

I am mostly self-taught, although I have completed art education and art history courses at Concordia in Montreal as well as the University of Calgary. I spent 6 months in Paris, where the exposure and opportunity to see the original paintings of the masters had a influence on my art education I cannot measure. I have taken workshops with Jim Davies.

I have been in the executive of the Society of Canadian Artists; and am presently the Education Co-ordinator of the Alberta Society of Artists. I was also instrumental in the startup of a co-operative style art gallery in Enderby, B.C. The Courtyard Gallery has now been in operation for 7 years and I was president for 4 of those years. I enjoy teaching young and old art lovers about painting in acrylics or in oils. Many of my students have gone on to exhibiting in galleries and even those that say they cannot paint have found a voice with the direction and encouragement they need. So, I can I say that I truly enjoying working with artists as they develop their own style.

I paint impressionistic/realistic landscapes as well as an ongoing still life series. My focus at the moment is a series I call “Transitions”. In this series my work speaks about the contradiction of motion and stillness in the landscape, and relates to our fast paced world.

The paintings in this series are about the transitional views between destinations. What happens in between is usually unrecorded; it’s not monumental or stunning. It just is…in between. Like a slide in a film they suggest movement and yet stillness all at once.

Tatianna’s paintings have always been about line, shape and texture. She now introduces space …the transitional space in between where we have been and where we are going.

The skewed focus of the subject is reminiscent of what has been missed; what has gone before, what is in the memory of time past. A time that has been stored somewhere …it is out of focus and skewed, as our memories are skewed from our own perspective.

Not long after Tatianna started painting the series she calls Transitions, she discovered Einstein’s theory of Dilation. Einstein stated that time does not pass at the same rate for everyone. A fast moving observer measures time passing more slowly than a (relatively) stationary observer would.

The world around Tatianna is her inspiration in its various forms, textures, shapes and colours. The inner response to these, the intuitiveness is an important element and is of interest to her as an artist and as a human being.

This series of paintings are completed in oil over an Umber gessoed canvas from photographs she has taken over the years while traveling, while in between, while in transition.