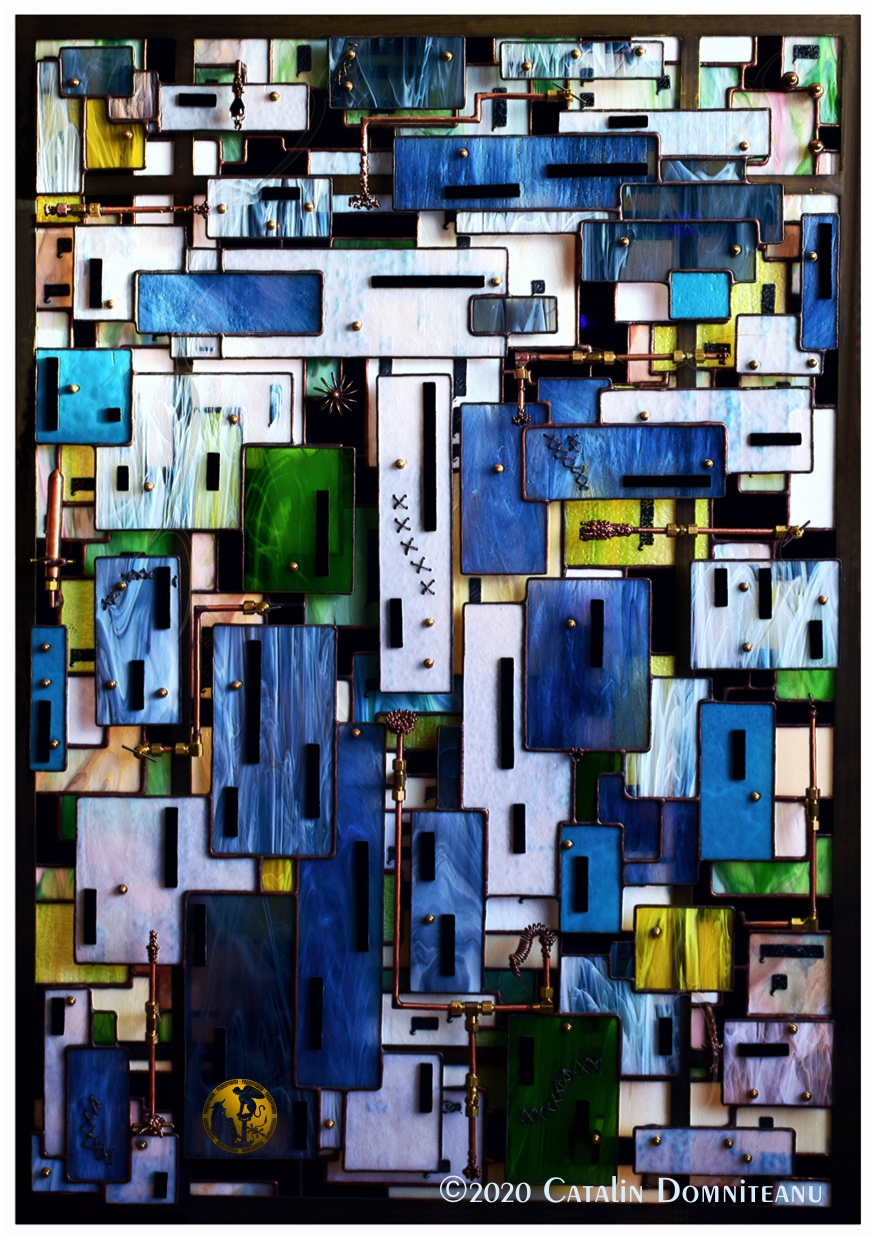 Catalin is an experienced sculptor with individual approach to traditional methods, coming with a skillful background as a stained-glass artist and stained-glass instructor, with restoration practice and large SG windows reinforcement expertise. His effective technical competence is certified by a lengthy engineering design and manufacturing experience.

Born on the east border of Romania, where completed his painting training after finishing his engineering education, Catalin laid the foundation of his art in the trade of stained-glass by self-learning. After fabricating his own tooling, he gracefully made his first projects in the led came technique.

Then after moving to Calgary, Alberta in 2004, Catalin cultivated the copper-foil technique and worked/collaborated for many years with the exceptional Tiffany House studio. Later, after many years pursuing in parallel his engineering career, in the midst of the economic turmoil of the oil and gas industry in Alberta in 2015 Catalin decided to expand his creativity and widen his artistry.

His works then evolved from bi-dimensional to tri-dimensional and from decorative to storytelling. In the following years he became a juried member of the Alberta Society of Artists in 2018, and a Board member holding temporarily the Exhibitions Chair. In an effort to coagulate the artistic community of Romanians in Alberta, he designed, edited, and then published the book called The Romanian Artists of Alberta and Friends.

In 2019, Catalin and his wife moved to the Montreal Metropolitan Area in the search for new stimulation and broader audience, set-up his studio and works on new projects.

Heavy and fragile, my creations are purposed and are labored. Snapshots over time, they convey stories ready for scrutiny. Time is essential in my doings, in respect with witch light (a quanta running at constant speed, never standing still) is the only reliable marker.
My works derived out of the traditional stained-glass, from which they initially borrowed the energy of transparency and glare while giving ways to spatial silhouettes, then further exploring obscurity and sheen.
I call them “convolutes”, a term saved from geometry. In its materiality, a convolute of this kind bears glow, shade, reflection, and perspective. Its appearance becomes kinetical with viewer’s motion and with light’s transition, just like sculptures.

I make what ignites me, from mythology to emigration and to science. I trust that multidisciplinarity sanitizes perceptions and chisels arguments. The richness of the underlying reality, that which is interrogated by science and philosophy, became a predominant theme in my past and future projects. Confronted with controversies I suspend the eagerness to jump to conclusion. The time reflecting on incompatible thoughts and paradoxical evidences enriches our complementarity with nature and in society – thus I aspire to maintain the viewers in that state.

My style is adherent to the story, be that representational or abstract. The quasi-subatomic compositions of mine, although seemingly unsubstantial, in fact are legitimately figurative. Observing the intriguing contrast between the subatomic world and the macro-world I intend to expose the geometric substructure of reality. By my intuitions beauty starts in the laws of nature. An electron can’t tell a lie. But again, it doesn’t know prestige or reverence either.

At heart, while examining the scientific insights, an irking question rose: if nature ever solved in equations, would that outlaw the poetry?

And this is why I feel invited to investigate and sculpt my thesis. 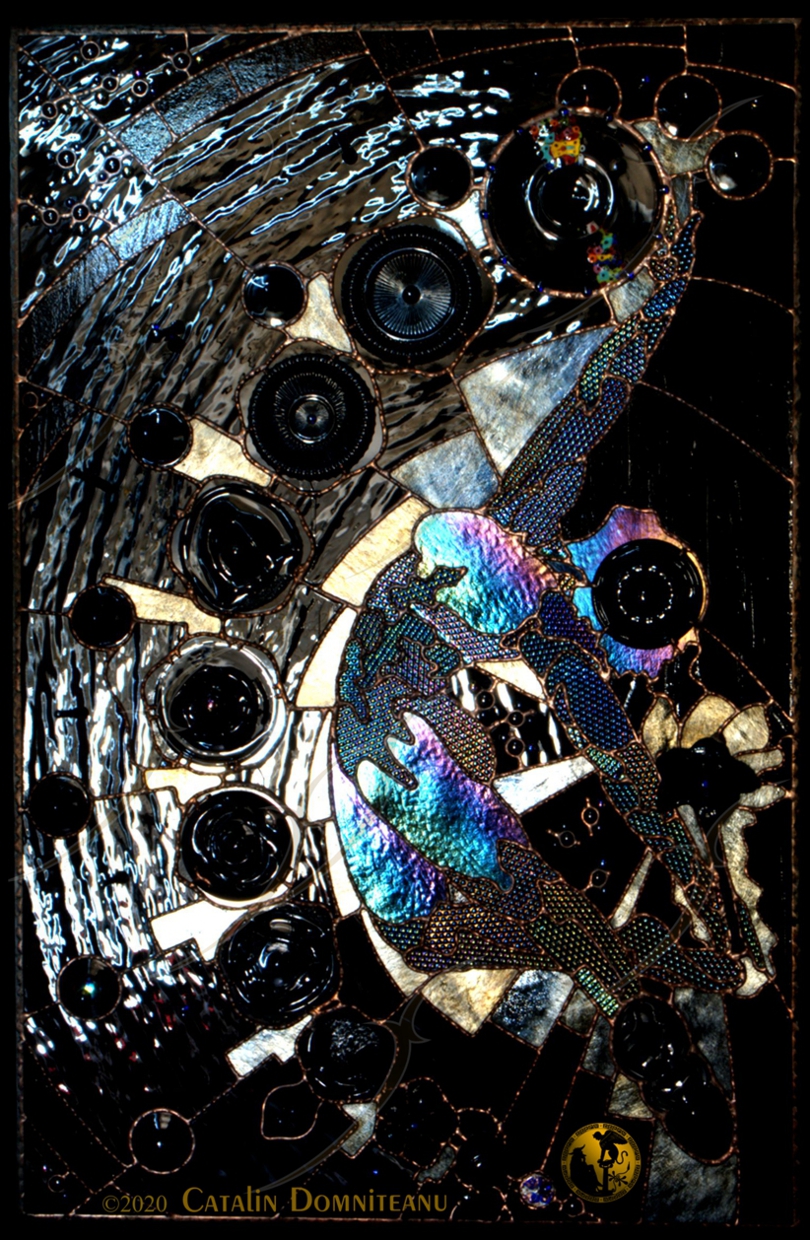 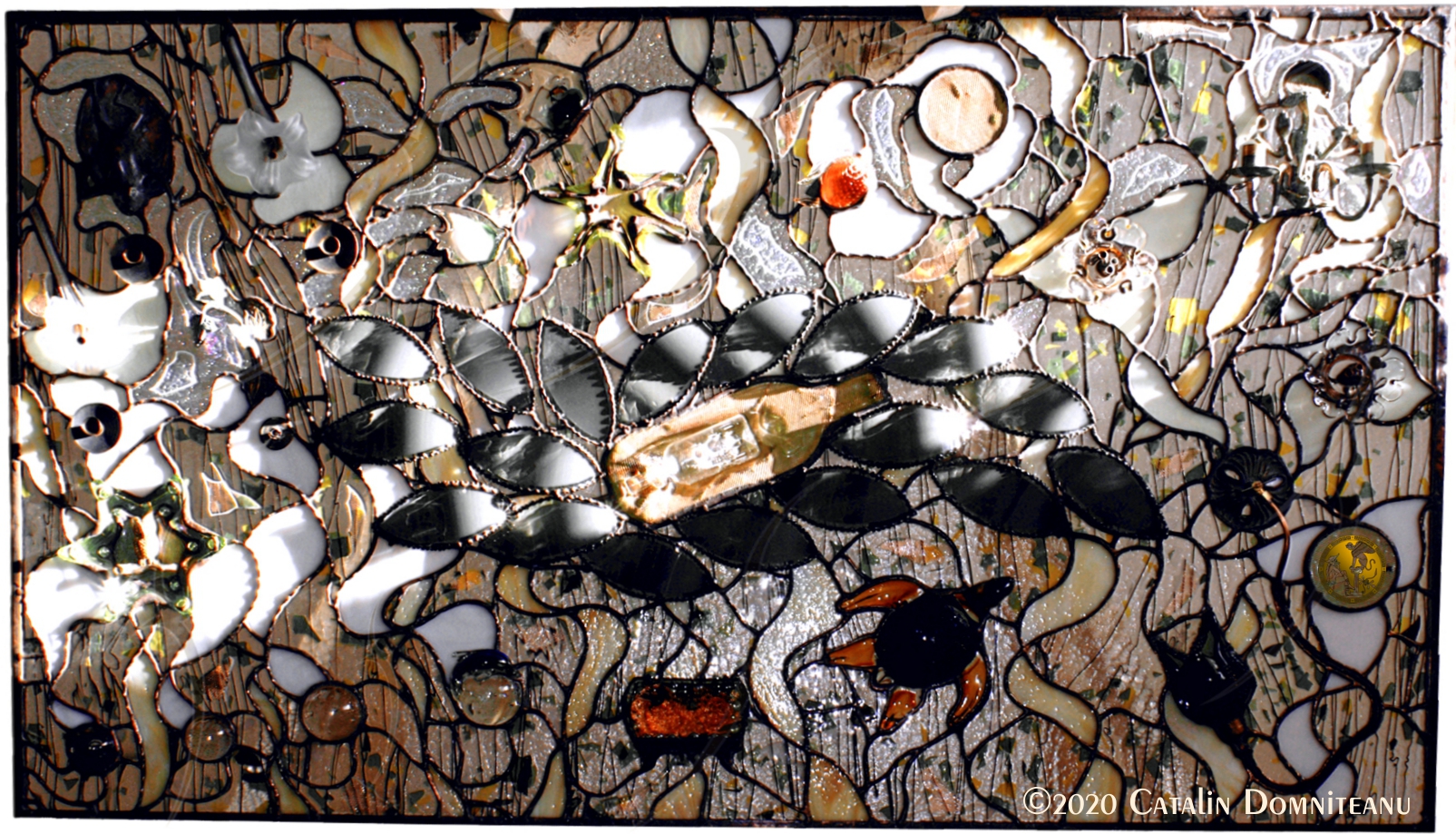 © Catalin Domniteanu Sailing Away The Emigrant