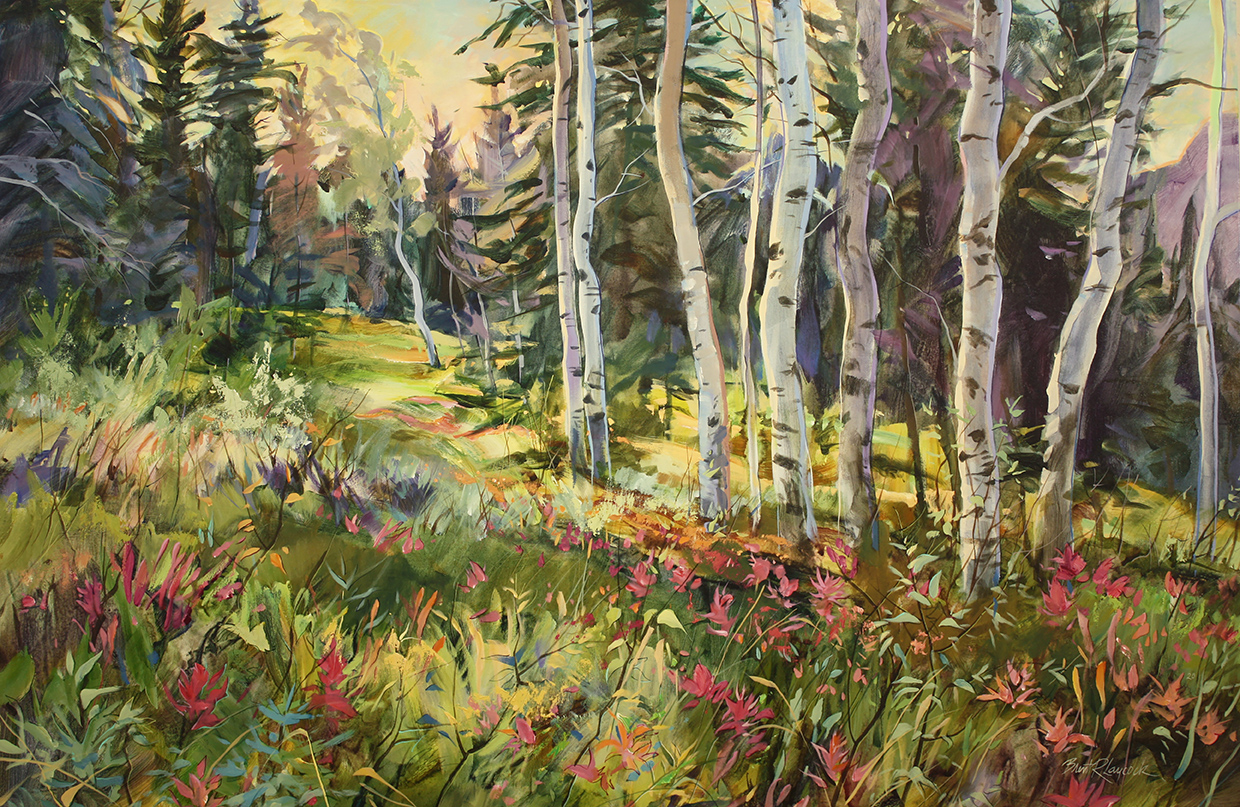 Brent R. Laycock was born in Lethbridge, Alberta, in 1947, received BFA and MFA degrees at Brigham Young University in Utah, and now lives in Calgary with his wife, Kathy. They are the parents of five children.

The subject matter for much of his work comes from the variety of mountain, foothill, prairie and parkland landscapes that are accessible from his home in Calgary. Much of his landscape painting expresses his love of the panoramic expanse of earth and sky which he develops into lyrical compositions.

For most of Laycock’s career, he has worked in watercolor or in acrylic using a fluid, spontaneous style whereby the paint is applied in bold direct strokes rather than conforming to a preliminary drawing. In his painting, communicating an emotional response is more important than detailed representation.

Laycock has held many solo exhibitions across Canada and in the USA and has participated in numerous juried group shows that have toured Canada, the USA , Mexico, Europe and Japan. He is a member of the Alberta Society of Artists, the Canadian Society of Painters in Water Colour, the Society of Canadian Artists, and the Royal Canadian Academy of Art.

His work is represented in the collection of Canadian watercolours that was presented to Her Majesty’s Royal Collection at Windsor Castle in 1986. In 1991, the Albert Government presented one of his watercolors to Queen Margrethe of Denmark. He has received a variety of awards for acrylic and watercolour painting. In 2006, the Province of Alberta awarded Laycock the Alberta Centennial Medal for contribution in the arts.

The major commissioned work of Brent Laycock has a surprising contrast in scale. In 1982 and 1984, he was commissioned to do small paintings of Waterton Lakes National Park and Glacier National Park for Canada Post’s $1.50 and $1.00 stamps. He has produced large mural canvases for various institutions in Calgary, Lethbridge and Toronto and an outdoor historical mural in the Town of High River. He was commissioned to create a design for the large flat roof of the ballroom of the Hyatt Regency Hotel. This art work, the size of half a football field, was designed to be viewed from tall buildings or aircraft.

His work is represented in many important corporate collections, in the university collections of Brigham Young University, the University of Alberta, and in public collections such as Calgary’s Civic Collection, the Alberta Foundation for the Arts, the Glenbow-Alberta Institute, and the Mendel Art Gallery in Regina. The book Waterton: Brush & Pen features over one hundred Laycock paintings of Waterton Lakes National Park accompanied by essays by renowned author, Fred Stenson. Other articles and reproductions of his work have appeared in many Canadian and international art magazines and books. WhitePine Productions has produced two instructional DVDs featuring Laycock’s acrylic and watercolour techniques.

Painting is really about understanding and feeling. The expression of feeling becomes a balancing act in which I attempt to give the work a sense of spirit and life though a fluid gestural painting style but still exert enough discipline over colour and composition etc. to give the piece unity. I like to allow accidental things to happen with the movement of the paint and brush so that the piece begins to take on a life of its own. After this rather loose and chaotic stage of carefree painting, I then face the task of bringing order and enough clarity to the composition to allow the viewer both an emotional feeling and some understanding of the subject.

With some work, especially the watercolors, I will paint outdoors and respond to the native colours and shapes and will often retain a bit of the realism of the landscape. I do not finish the painting on site; however, but take it into the studio where I will work on it without reference to the subject matter. In this later stage, the solution of abstract design problems is my main concern. I hope that each painting will say something about the original subject matter but will also be a successful abstract composition. 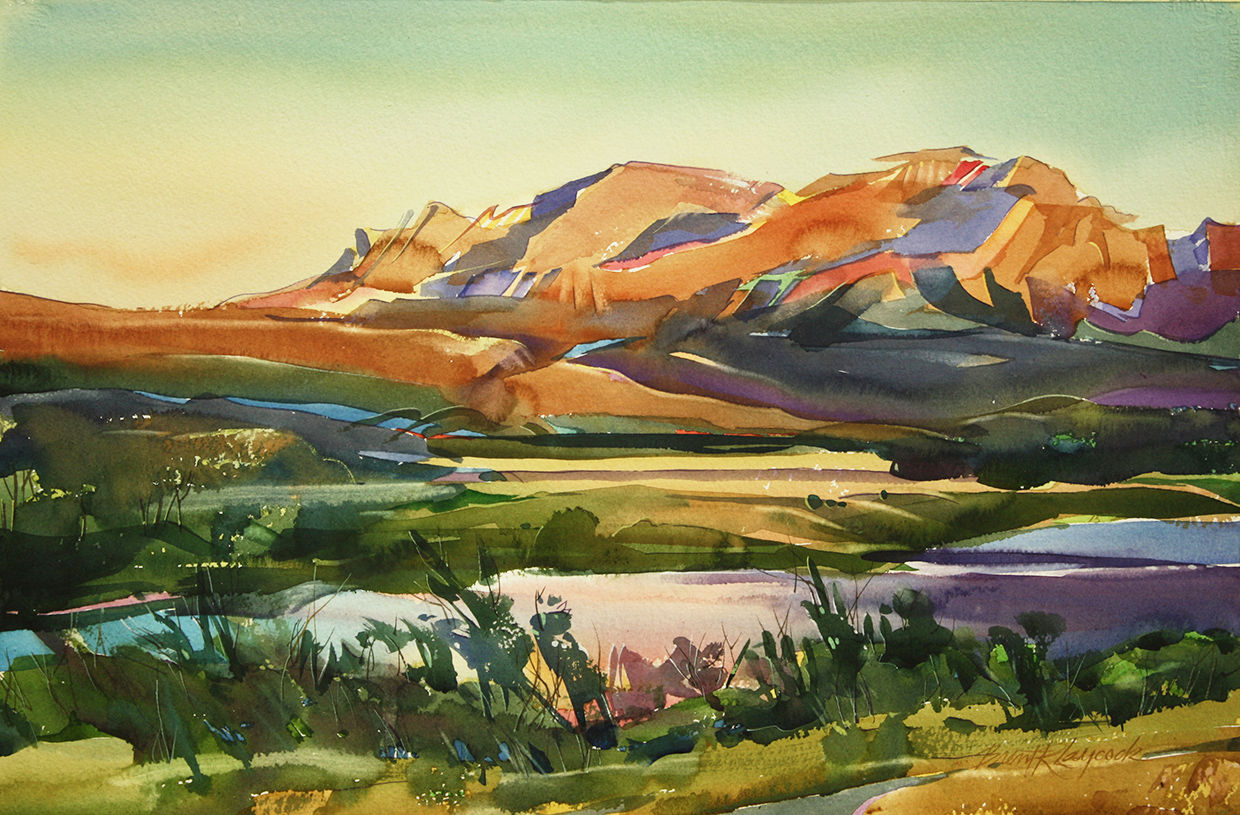 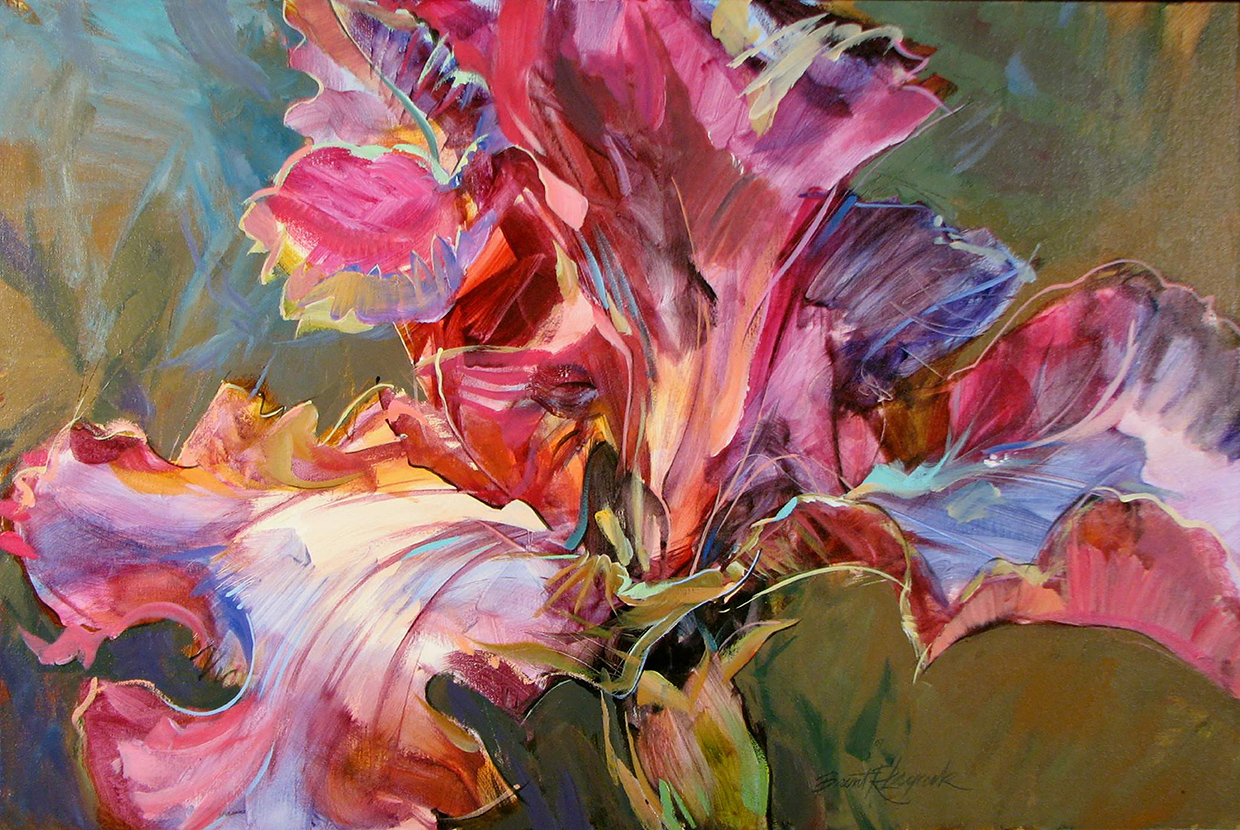