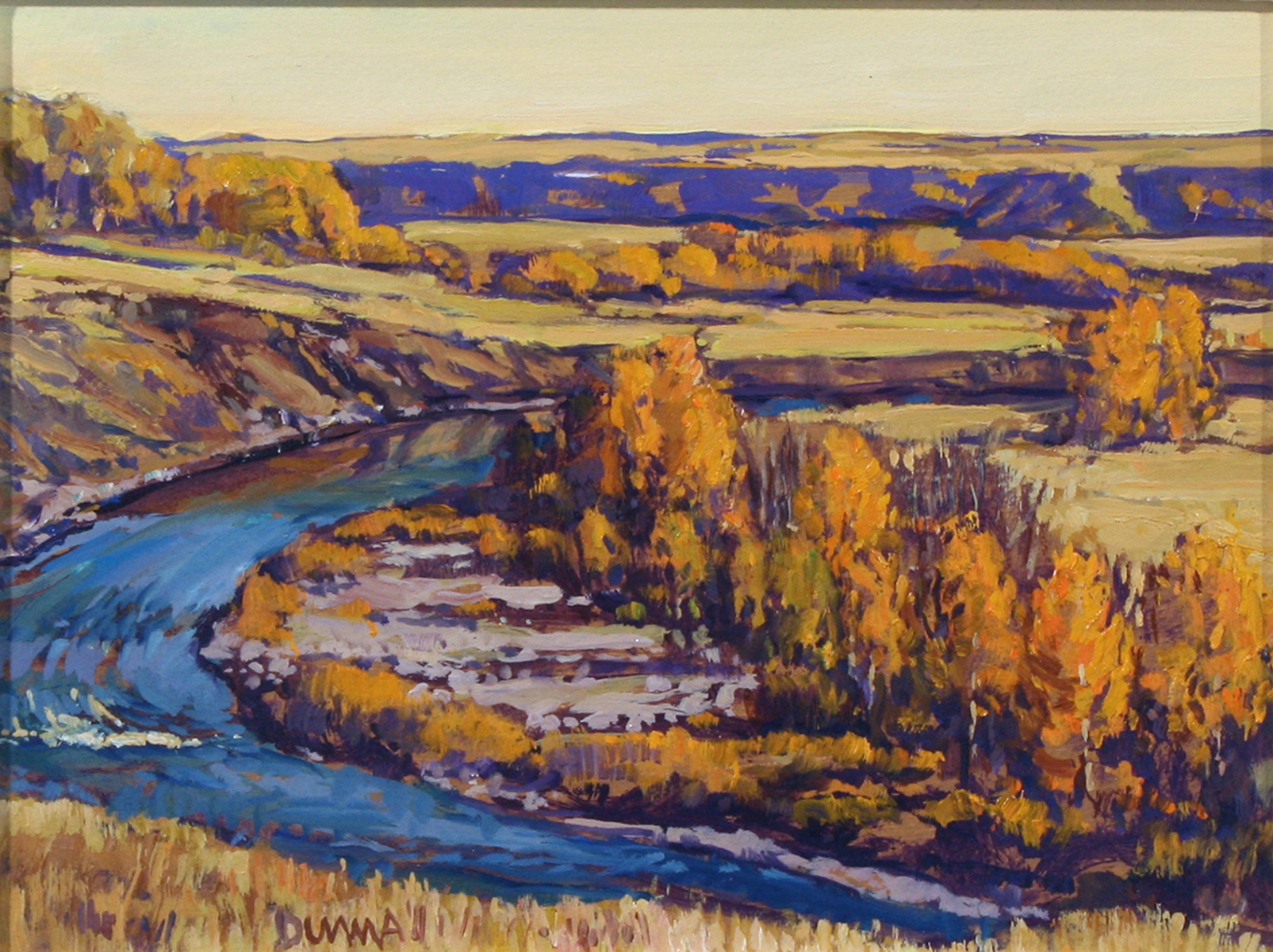 William was born in Calgary, Alberta in 1936. He received an “Honours Diploma” in 1962 from the Alberta College of Art. After graduating he travelled and studied for year in Europe. He is a member of The  Alberta Society of Artists and was elected to the Royal Canadian Academy of Arts in 1995. Bill  is primarily a landscape painter and is noted for the quality of light, cloud and strength of design in his works. Although his main area of interest is the Alberta landscape, he has also painted the landscapes of the Yukon, Newfoundland, Ontario and the American Southwest. He has always been attracted to the fall and winter seasons, these themes are predominant in his work. As an avid fly fisherman, rivers, lakes and streams are often a source of inspiration for summer paintings. Bill is also a keen golfer and a jazz musician. He plays an upright bass weekly with friends. He has received a variety of awards for his painting: Medal winner and purchase award in an international Italian show, Trout Unlimited Canada and the Alberta College of  Art and Design Founder’s award of excellence. During his many years as a painter he has participated in numerous one-man and group shows throughout   Canada   and abroad. His work is represented in many major public, corporate and private collections in Canada, USA and Europe such as The Alberta Foundation for the Arts, the Massey Foundation Ottawa, the BC Government Collection, Mendel Art Gallery, Saskatoon, Sask., Alberta House in England and Japan, the Nickel Arts Museum, Edmonton Art Gallery University of Alberta and the Glenbow Museum.

Having a love of nature and her many moods, I would like to convey this feeling in my paintings in hope that others might find the same enjoyment: but also be stimulated into looking deeper within, where intimate moments with nature cause an   inner awareness and we sense the integral relational ship of nature, the universe and man. 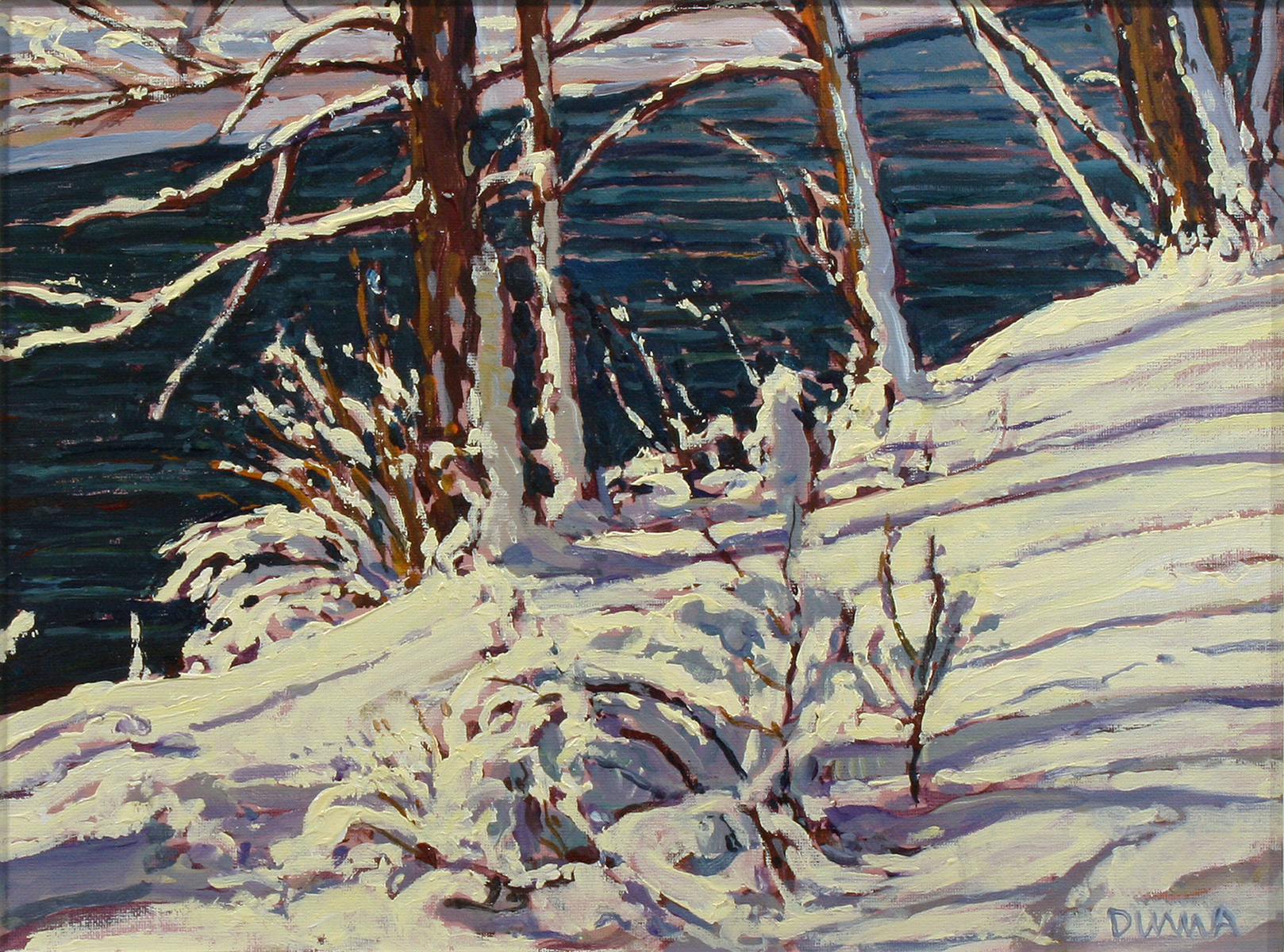