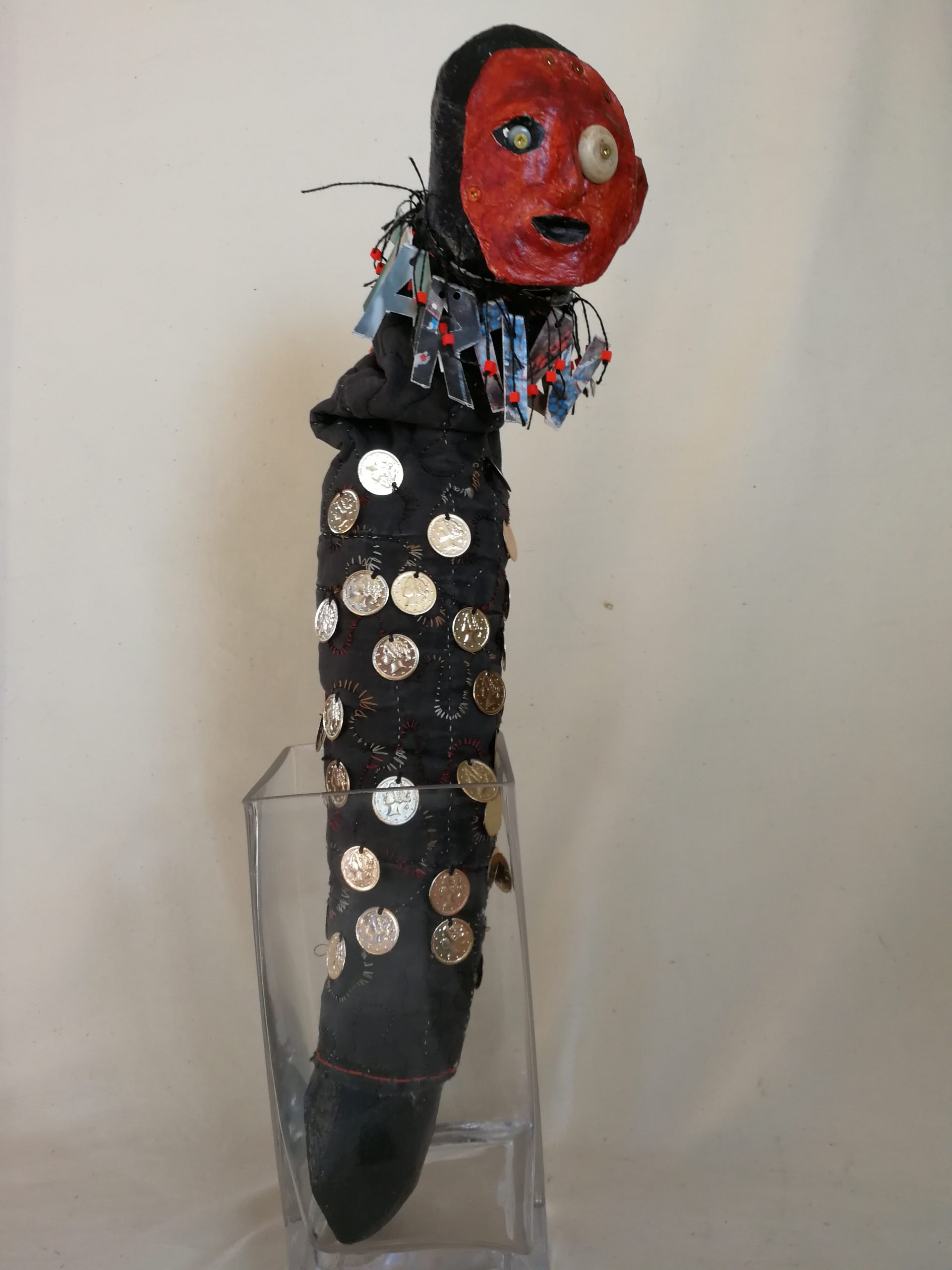 Pat Strakowski graduated from the Alberta College of Art in 1979 as a mature student. Although she travelled to many places near and far she still chooses to live and work in Calgary.

Her love of folk tales, storytelling and curiosity of the unusual contributed to the creation of her own myths and legends as seen in her works. Using paper mache and mixed media techniques each sculpture had its own story and personality.

Her works have been exhibited widely throughout Canada, U.S. and Japan. They are in numerous major and private collections. At one point in time her works were shown in galleries in Calgary, Edmonton and Victoria.
In 2009 a book “Moon Nibbler The Art Of Pat Strakowski” was published by Frontenac House.

Her interest in using paper as a medium and pushing its boundaries has taken her in an unexpected direction. She is an avid reader and about 15 years ago she became interested in books destined to the landfill, and altering them in ways that took the book from a familiar object to a new reality. Her art now includes one of a kind mixed media books.

As we age our memories become welcome companions while everything changes around us. At different points in our life’s journey we come to many crossroads and have to part company with people close to us and familiar places. We keep looking for new experiences and time is limited. 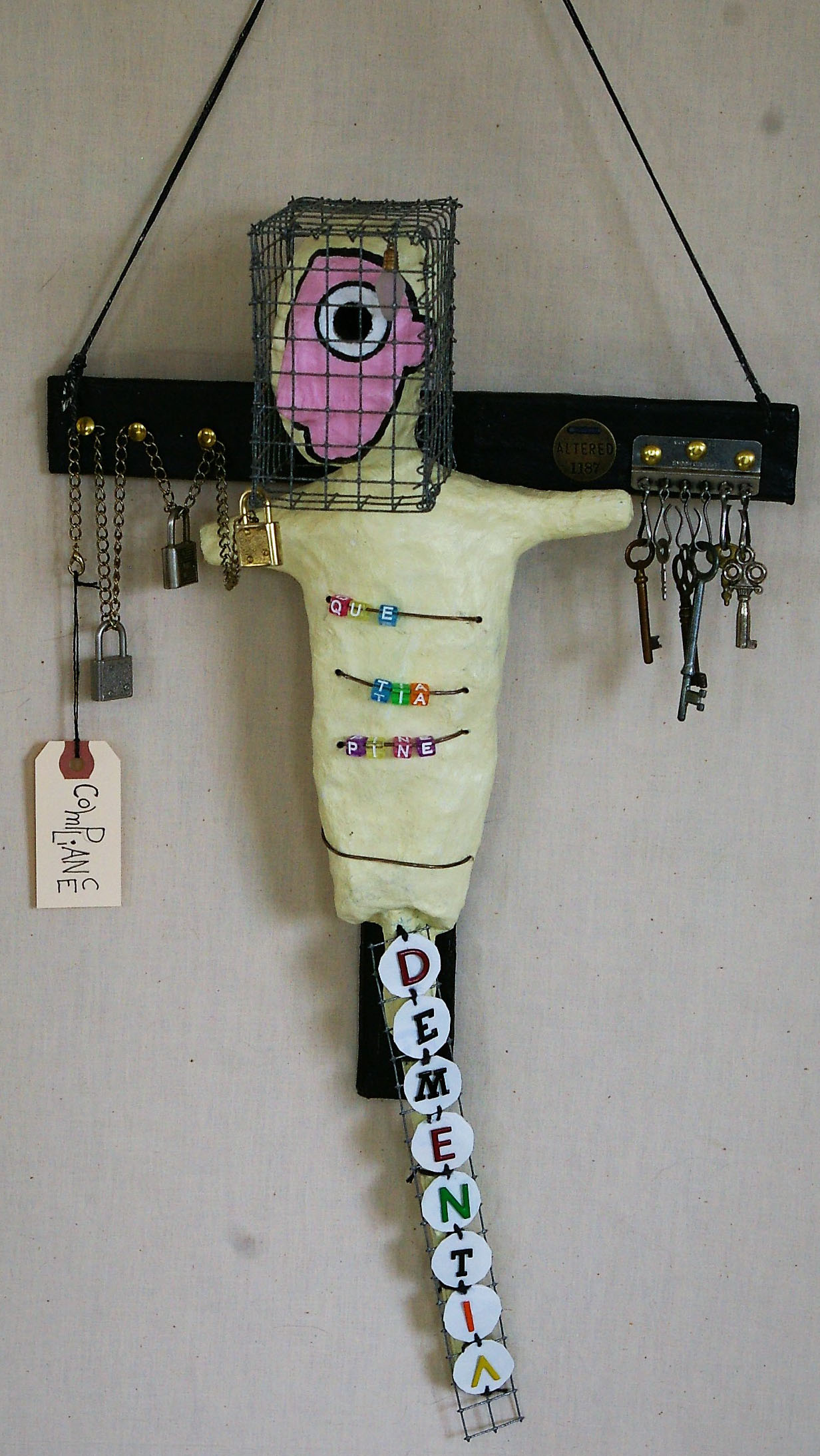 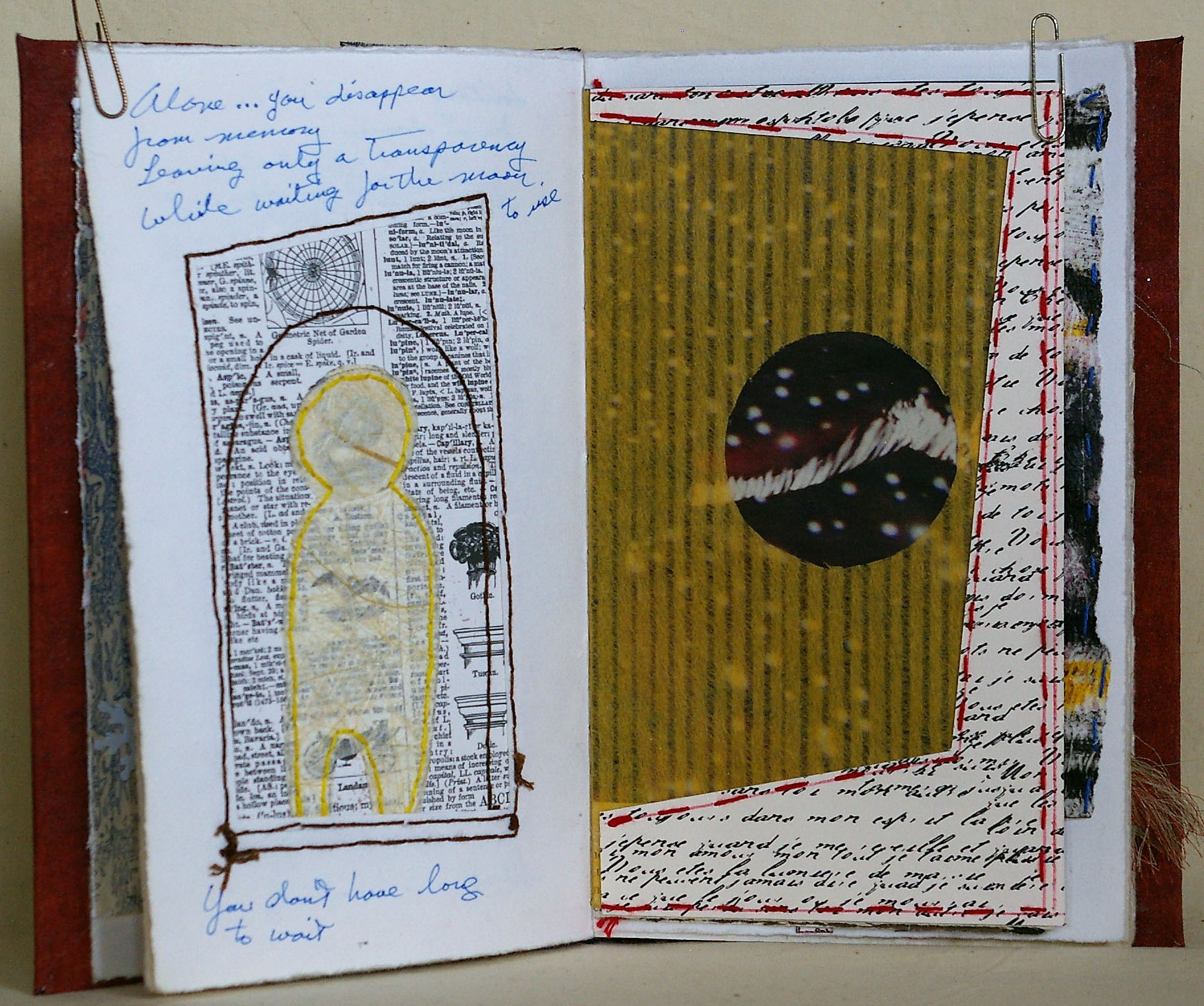