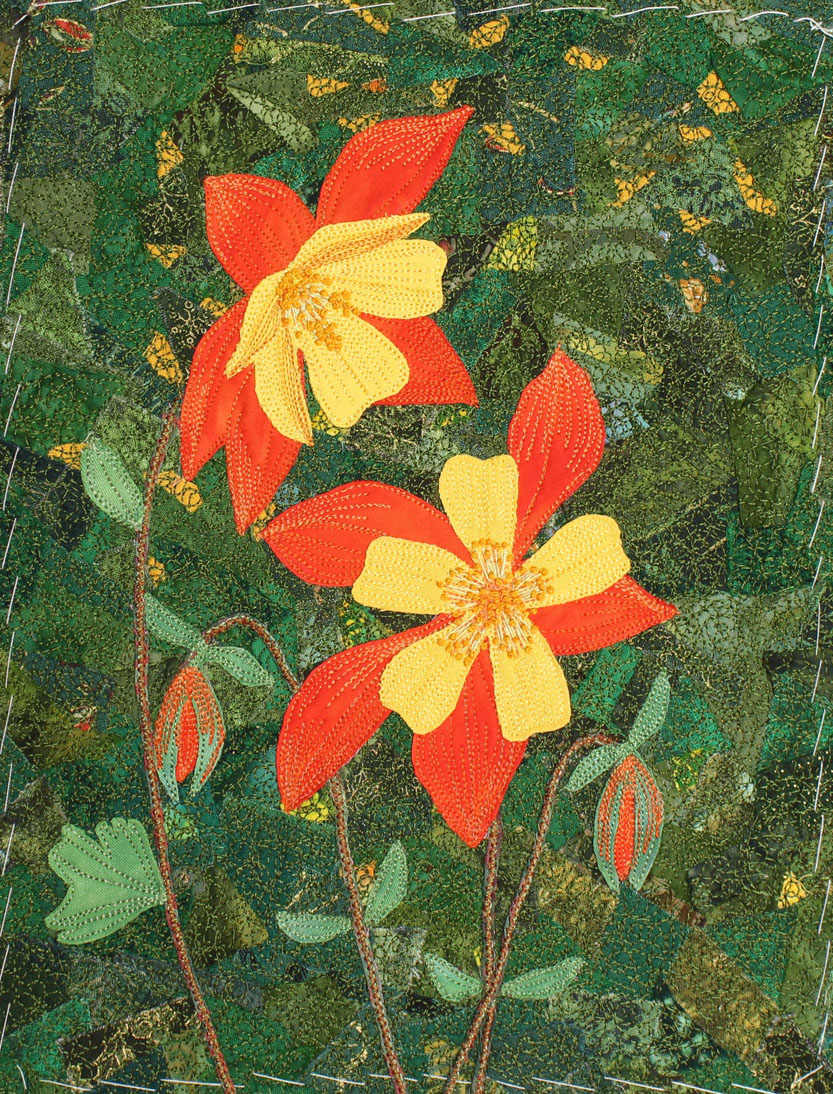 Ilse Anysas-Salkauskas is an Alberta based visual artist who graduated from the Alberta College of Art (now called the “Alberta University of the Arts”) in 1980, having majored in textile art.

She is an active member of the Alberta Society of Artists and was juried into the ASA as a Full Member in 1983, where she held the position of Membership Chair for three terms. In 2008 she was juried into the Studio Art Quilt Association ( US) and has exhibited her art work both nationally and internationally with them.

Her mixed media art work has been exhibited in juried and invitational shows, both nationally and internationally, and have won several awards. Her art work images have been published in Canadian and American books and magazines and her works are in public and private collections in Canada and private collections in the US. Two of her art works are in the collection of the Alberta Foundation for the Arts in Edmonton, Alberta and one is in the collection of the Cambridge Art Gallery and Library, Cambridge, Ontario.

In 2009 she and two colleagues received a Canada Council grant which gave them the opportunity to participate in a two week-long Residency at the Banff Centre for the Arts, where they developed a major art exhibition called “Hanging by a Thread”.

In 2018 she was commissioned by the Calgary YWCA to create textile art work for their new YW Calgary Hub facility. The YWCA also borrowed one of her leather tapestries from the Alberta Foundation for the Arts to hang in their Board Room.

As I was growing up, my mother taught me to be creative with the needle arts. I always loved the colours and tactile properties of textiles, and enjoyed working and creating with them. This eventually inspired me to study art at the Alberta College of Art (now called AU Arts) where I majored in textile arts.

By employing both old and new quilting techniques as a foundation for my art, I work with a variety of textiles and found objects to create unique and stand-alone 2-D or 3-D mixed media art works.

The inspirations for my art come from my life experiences, social concerns and the Alberta landscape that surrounds me. In order to create my work I use a combination of techniques, from drawing, painting, beading, hand embroidery, quilting and my sewing machine. I explore and investigate the textile mediums boundaries not bound to a particular style. I am mostly guided by the ideas motivating me and this allows me great freedom in creating my abstract and realistic work. 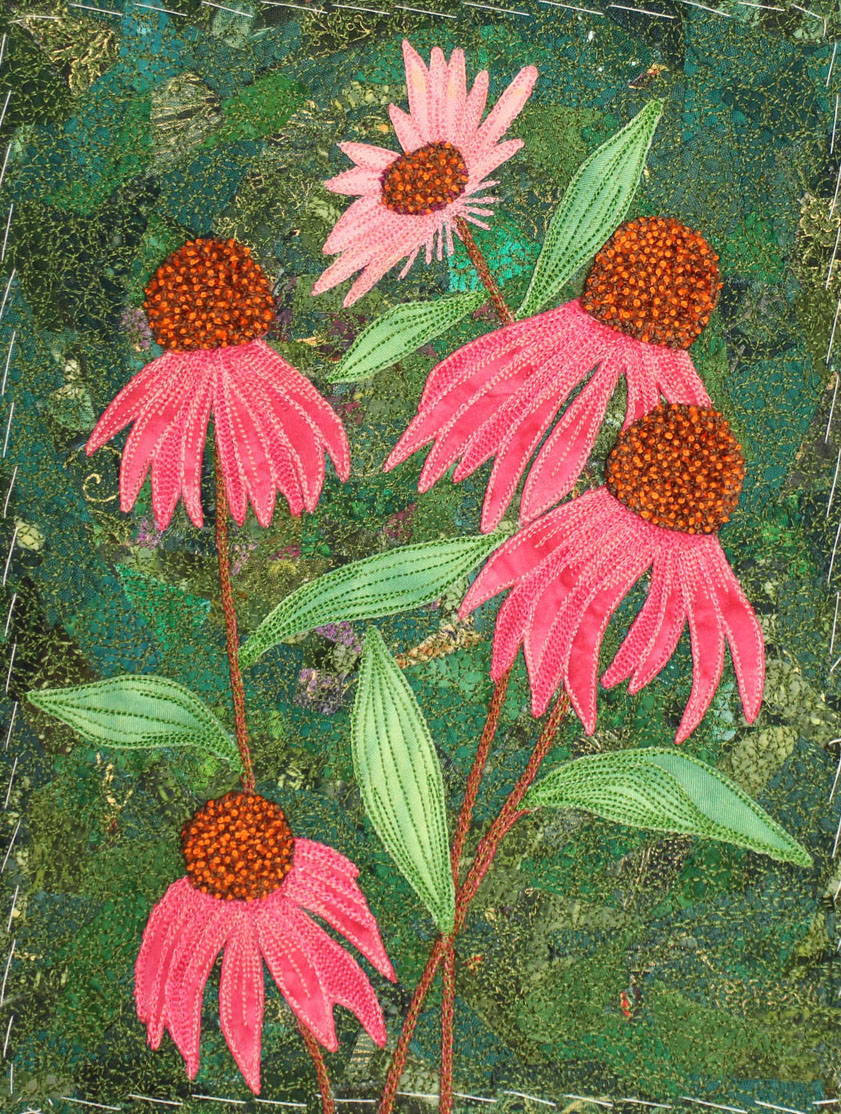 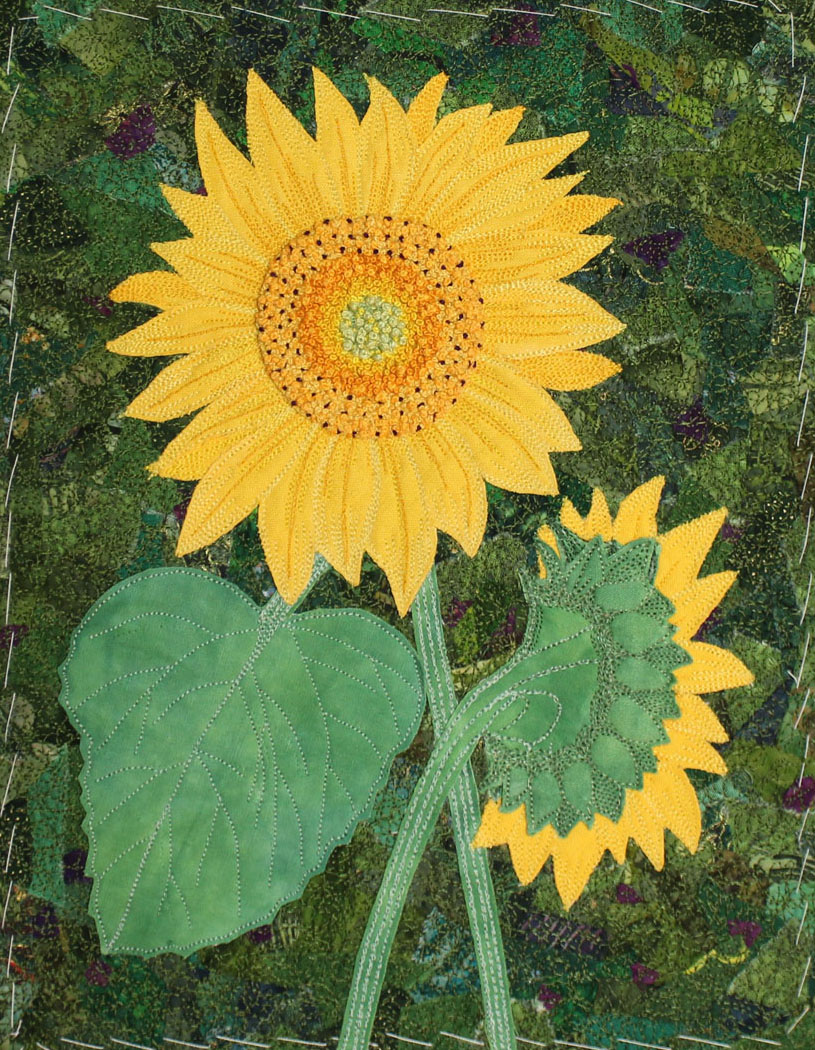