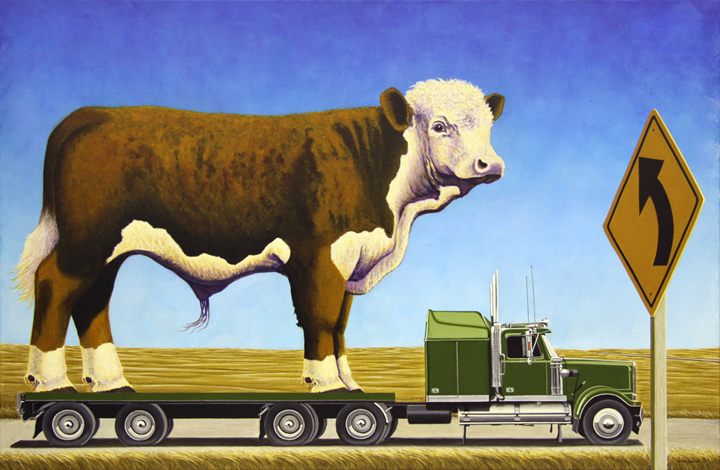 Visual artist living in Medicine Hat, Alberta whose work has been exhibited since 1987. Born 1950 in Medicine Hat; raised in Ralston, Defence Research Establishment Suffield. Canadian by birth, I now hold dual Canadian/British Citizenship, and have lived in England, Germany, Iran and Saudi Arabia, plus various Canadian cities.
I have a B.A. in Administration from the University of Alberta but no formal art education. Formally a printmaker (intaglio) I now work with larger imagery as a painter. Exhibited nationally and internationally in print shows.
After returning from the Middle East I was taken aback by the size of North Americans, and in 1991 was awarded a grant by the Canada Council to paint “The Fat Show”. What was intended as a stark comparison between lifestyles here and there was, unfortunately, interpreted here as fat shaming. I had seen the obesity crisis before it was recognized as such. After that I took a hiatus from art to train and show Great Danes.
I was accepted as a juried member of the ASA in 2000, and also accepted to show in the ARTS 2000, Royal Canadian Academy of Arts Millennium Exhibition. I continue to exhibit in local, regional and ASA shows. My work is included in many corporate, private and municipal collections, including the AFA.

Manipulating imagery appeals to me more than reproducing the evident, putting the ordinary into an unconventional setting or the surreal into reality. My subject matter often flashes into my mind visually complete, triggered by casual phrases or events. I seldom do landscapes, being more drawn to social commentary, the environmental crisis, and the idiosyncrasies of the mindsets of people. The challenge is to convert these ideas to canvas; I envy those who have mastered digital expression.
After years of using largely monochrome oil-based inks and their solvents in printmaking, found that the water-based versatility of acrylics from fluidity to impasto gave me much more freedom of expression and the ability to indulge in my love of vibrant colour.
My largest works were theatre backdrops for stage sets, while miniatures were included in the International Exhibition of Miniature Art in Toronto. I was fortunate to be flown to Toronto with my larger work as an invited guest on National CTV’s Dini Petty Show in connection to ”The Fat Show”.
My work continues to evolve, as my eyesight ages the looser and semi-abstract becomes inviting. I am not a prolific artist, too easily distracted by gardening and the bane of ageing and staying fit.
Although inspired to paint by the impressionists, I am not educated enough in art to attach an “ism” to my work, it simply is.
The present-day artist whose work moves me the most is the English street artist from Bristol, Banksy. It cuts to the core with the simplicity and power of the message I can only strive for. 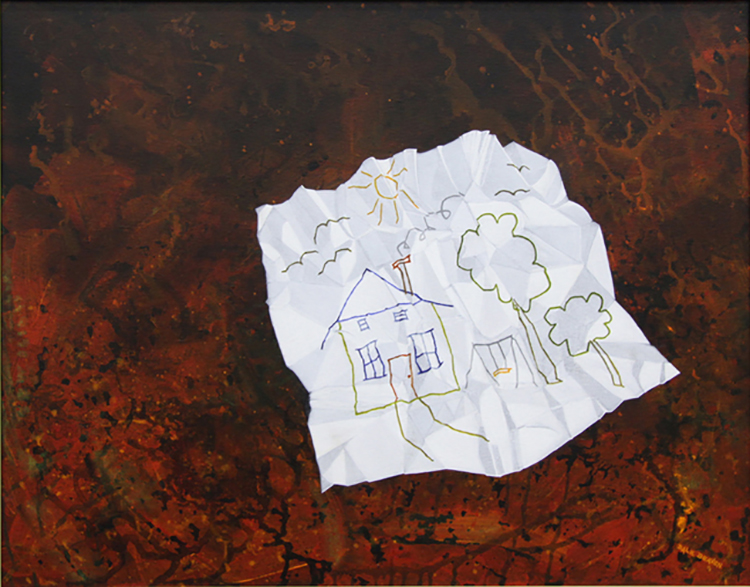 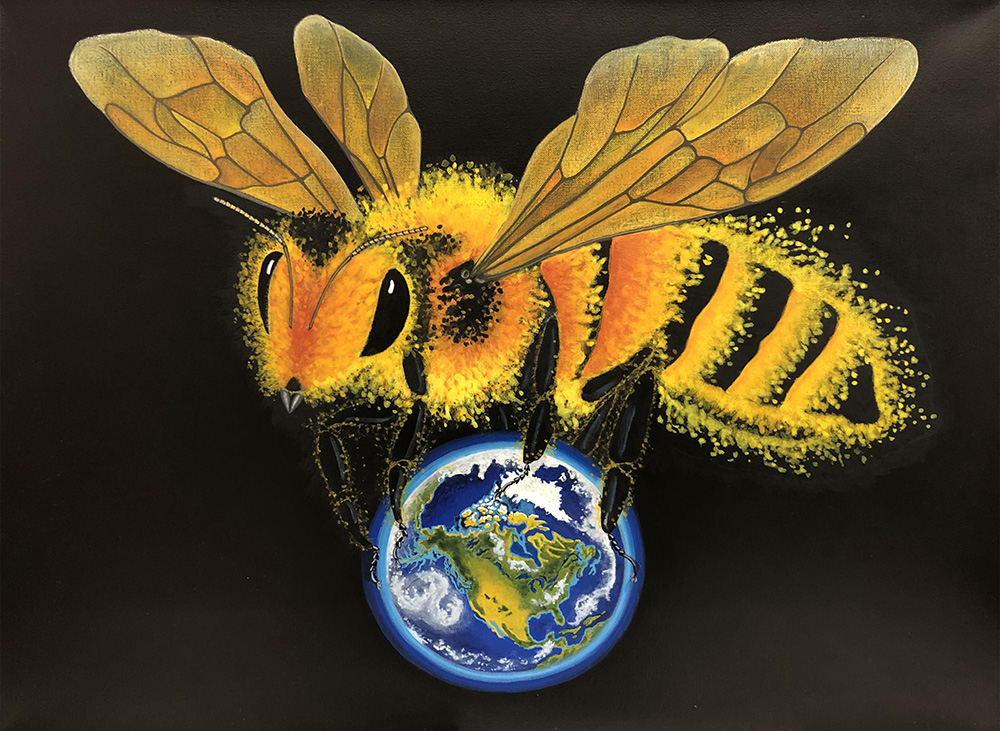