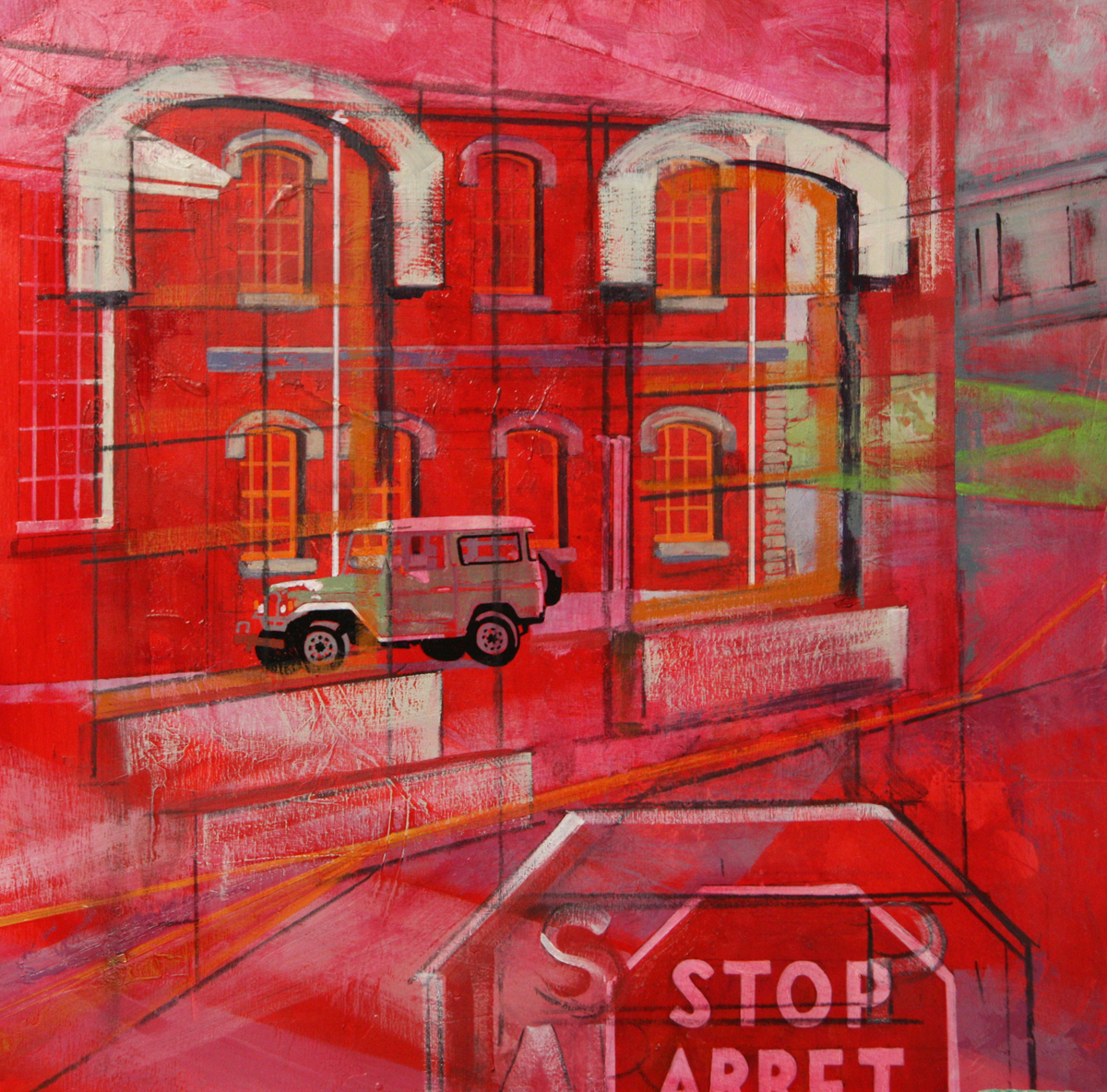 I revisited oil in 2012 as a primary painting medium.  My studio painting has evolved toward experimenting with oil, cold wax and other materials in a mixed media approach to explore its efficacy for conceptual painting. I have an experiential attitude and often incorporate new materials or techniques—at times stretching the notion of painting to include assemblage.

My appreciation for design and clarity in communication as crucial elements for visual artists developed first while studying Arts & Merchandising at Vancouver City College and later through my work in graphic arts. My first two solo exhibitions of conceptual painting and assemblage had related themes. Both were, in a sense, explorations of afferent pathways or alternate modes of comprehension.

I have exhibited extensively in group exhibitions since 1987 in both Alberta and British Columbia. My three solo exhibitions have been hosted in community art galleries in several southern Alberta locations. As a juried member of the Federation of Canadian Artists I exhibit with the Calgary chapter of FCA occasionally and at the federation gallery in Vancouver. Although southern Alberta has been my home since 1995, I grew up in Greater Vancouver and lived for another decade on southern Vancouver Island.

One recent body of work is a reflective journey through the historic meanderings of Canada’s naval dockyard on Vancouver Island. My husband was a member of the Royal Canadian Navy when we met in 1984. The historic dockyard district of CFB Esquimalt is described as a haphazard arrangement of buildings, many dating from the British Imperial Era. My paintings in the series are an interesting juxtaposition of visually compelling old architecture with reflections of the undercurrent of conflicting emotions arising in me.

Although I was unaware of a parallel at the time, one curator commenting on my first solo exhibition Virtual Music, noted that my abstract paintings seemed to be influenced by Wassily Kandinsky’s attempts to codify a visual language. Symbolic use of various design elements for communication is evident in many of my paintings. In “Stop/Arret” from the dockyard series I used an overall red masking colour to instill in viewers a sense of unease. The double-exposure of architectural elements suggests a sense of shift through time or changes of perspective.