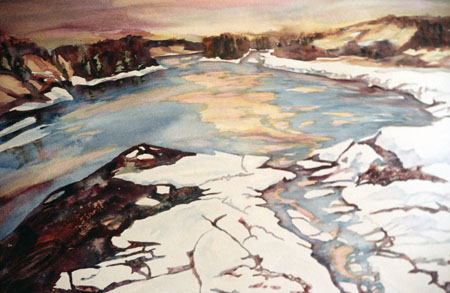 She has had 41 solo shows and has participated in numerous group and traveling exhibitions. Her work is included in over seventy corporate and public collections throughout Canada, the United States and Europe, including the Royal Collection of Drawings and Watercolours in Windsor Castle, England.

She is the national winner of the Millennium Art Competition sponsored by the soil Conservation Council of Canada and the Canada Millennium Partnership Program. She was presented with her award by the Hon. Herb Gray, Deputy Prime Minister of Canada at the National Art Gallery in March 2000. Her award winning painting hangs in the conservation Hall of Fame in Ottawa.

Adeline works throughout the changing seasons, closely observing the qualitative effects of light on nature. She has painted on location in most Canadian provinces and the high Arctic, producing several concurrent and consecutive series – some contained in a defined time frame, others on a cumulative basis. Particular attention to the effects of light on water, snow and ice and the reflective responses of these landscape elements are evident in the “Winter Frieze,” Spring Thaw,” and Oval Series.”

In the early 1990’s her observations of light, form and pattern in landscape led her to the high Arctic, the ultimate land of primal power. These northern explorations include the following series – “Arctic: Form and Pattern,” “Top of the World,” “North and South of 60,” “A Brush with Ice” and “Southward Drift.”

Work focusing on our gentler seasons includes; “The Battle River Series,” “Colour it Alberta,” “Big Country,” “Along the St. Lawrence,” “Wilderness Series,” “Columbia Ice Field Series,” and the “Newfoundland Series.” All series include watercolours on paper and acrylics on canvas. 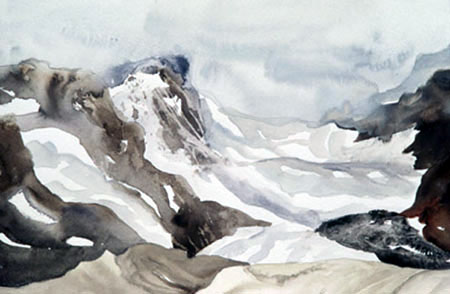 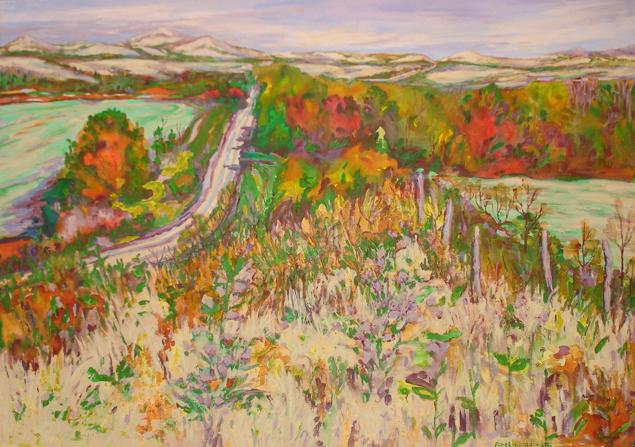